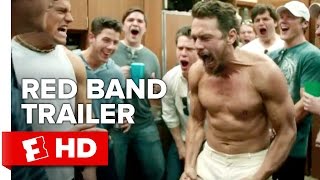 Nineteen-year-old Brad is a new college student and wants desperately to fit in. After a vicious car-jacking attack he decides to return to school. Taking a cue from his older brother, Brett, Brad pledges a fraternity. At first, it's all parties and girls, but as Brad enters into the final stretch of the pledging ritual-known as hell week, things take a violent, humiliating turn which only serves to traumatize him even further. What occurs in the name of brotherhood tests bot